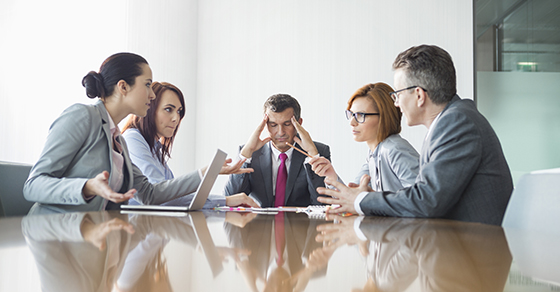 Those who run family-owned businesses often underestimate the need for a succession plan. After all, they say, we’re a family business — there will always be a family member here to keep the company going and no one will stand in the way.

Not necessarily. In one all-too-common scenario, two of the owner’s children inherit the business and, while one wants to keep the business in the family, the other is eager to sell. Such conflicts can erupt into open combat between heirs and even destroy the company. So, it’s important for you, as a family business owner, to create a formal succession plan — and to communicate it well before it’s needed.

A good succession plan addresses the death, incapacity or retirement of an owner. It answers questions now about future ownership and any potential sale so that successors don’t have to scramble during what can be an emotionally traumatic time.

The key to making any plan work is to clearly communicate it with all stakeholders. Allow your children to voice their intentions. If there’s an obvious difference between siblings, resolving that conflict needs to be central to your succession plan.

Perhaps the simplest option, if you have sufficient assets outside your business, is to leave your business only to those heirs who want to be actively involved in running it. You can leave assets such as investment securities, real estate or insurance policies to your other heirs.

Another option is for the heirs who’d like to run the business to buy out the other heirs. But they’ll need capital to do that. You might buy an insurance policy with proceeds that will be paid to the successor on your death. Or, as you near retirement, it may be possible to arrange buyout financing with your company’s current lenders.

If those solutions aren’t viable, hammer out a temporary compromise between your heirs. In a scenario where they are split about selling, the heirs who want to sell might compromise by agreeing to hold off for a specified period. That would give the other heirs time to amass capital to buy their relatives out or find a new co-owner, such as a private equity investor.

For a family-owned business, family should indeed come first. To ensure that your children or other relatives won’t squabble over the company after your death, make a succession plan that will accommodate all your heirs’ wishes. We can provide assistance, including helping you divide your assets fairly and anticipating the applicable income tax and estate tax issues.

6 Reasons to Work with Watermark

You don’t need “business as usual”. You want the whole answer; and we can give it to you. Learn more.